Get 15% off your first order when you join our email list.

Free Shipping on all orders over $50!

Our mission is to create purposefully innovative and wholesome products that enhance our customers’ health and support their well-being for an overall FeelGood Lifestyle.

Sebastien Hebbelinck was born September 3, 1968 in The Netherlands, and he grew up near Amsterdam. As a young man, Sebastien moved to Spain. He had a natural affinity for languages, becoming fluent in English, Spanish, Catalan, German and French in addition to his native Dutch. This has been one of the biggest personal assets in Sebastien’s professional career, as it has afforded him the opportunity to build relationships, discover unique products and acquire business connections across the continents. He launched a successful nutritional product company in Spain, using contacts across Europe to grow his brand. In 2007, Sebastien moved from Barcelona, Spain to Denver, Colorado in hopes of finding better treatments for his wife Annelies who was battling cancer. They forged an aggressive search into new and innovative natural health alternatives in hopes of aiding her treatments. This led Sebastien to the American supplement market. Annelies lost her battle with cancer in 2008, but this only invigorated Sebastien’s passion for finding ways to help people live healthier lives. He began partnerships with American companies at this time and learned the intricacies of US policies, labeling and procedures before launching the APAX Group in 2013 with Michael Frink. In a home garage in Colorado, the concept of FeelGood Superfoods® was born and now has now grown into an internationally known, successful company in the supplement, wellness and immune support industries. As the CEO of the APAX Group, Sebastien resides in Castle Rock, Colorado with his wife Marcy and his children Belen, Sebastien Jr. and Linden. His adult daughter Issey lives in Castle Rock as well with her husband Victor and their daughter Adeline. His passions outside of his work include cycling and sailing. 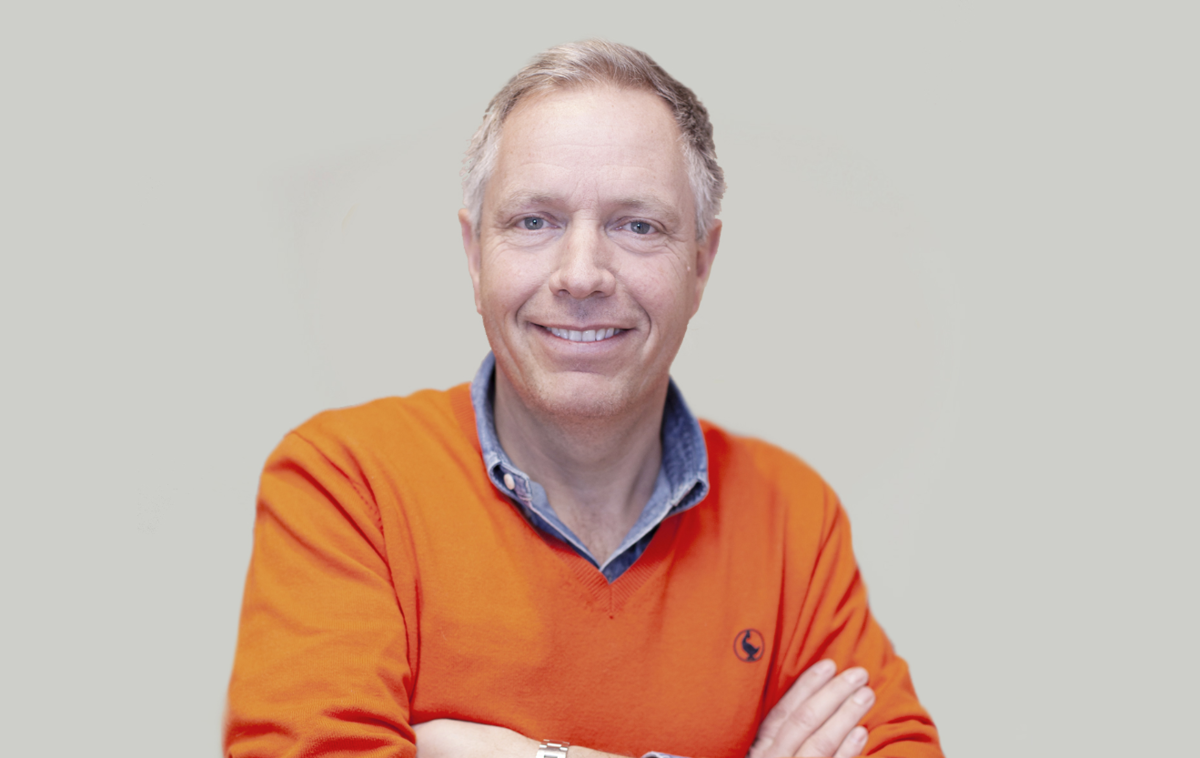 FeelGood Organic Superfoods® launched in 2013 with the purpose of bringing new and affordable organic supplements to the market. Our founder and CEO, Sebastien Hebbelinck, boasts over 25 years industry experience and has been building companies and brands with a reputation for excellence since 1994. Hebbelinck’s passion for nutrition combined with his innovative personality has allowed FeelGood Organic Superfoods® to develop unique supplement products that are specific to our brand. 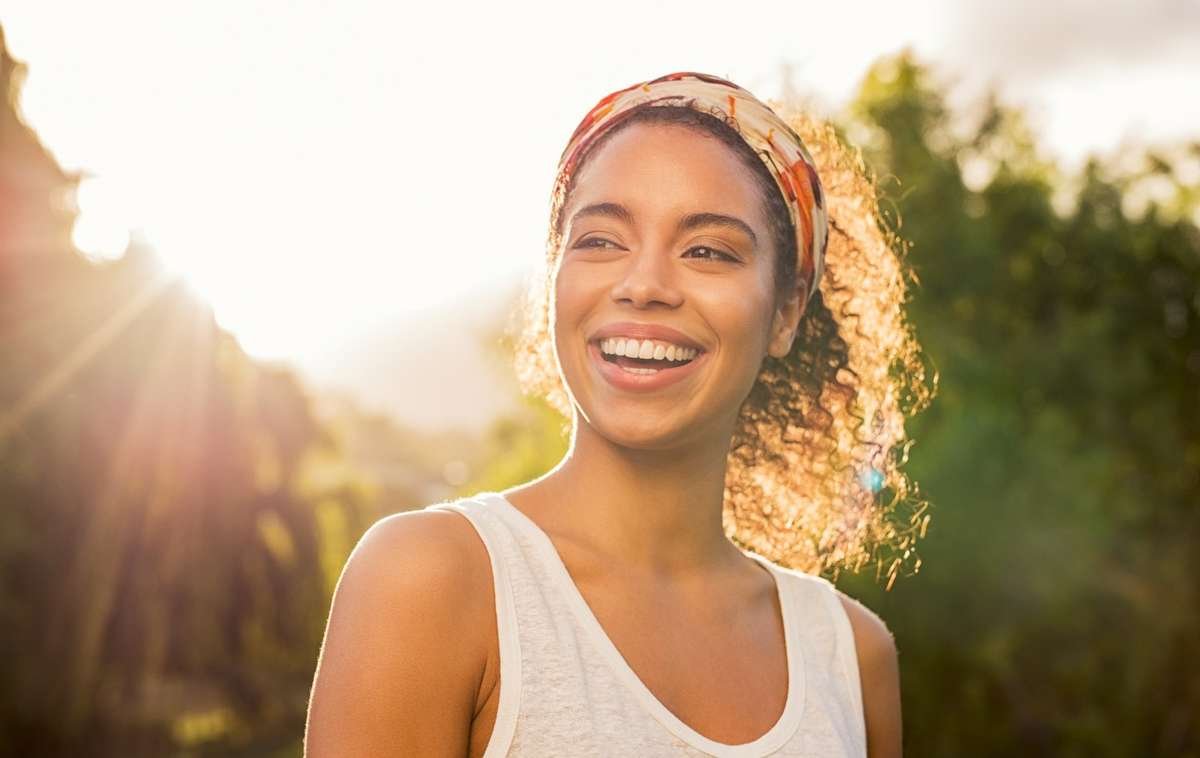 Feeling Good is a Lifestyle.

It’s not simply about bringing new products to the marketplace. It’s also about providing the best possible products that will support our customers and improve their overall well-being. We research what works best and how our bodies benefit when we develop something new. Then we provide you with the support you need to incorporate our products into your life. We are grateful for the opportunity to be your partner in health and want you to feel good about the choices you make for yourself every day. That’s the #FeelGoodLifestyle! 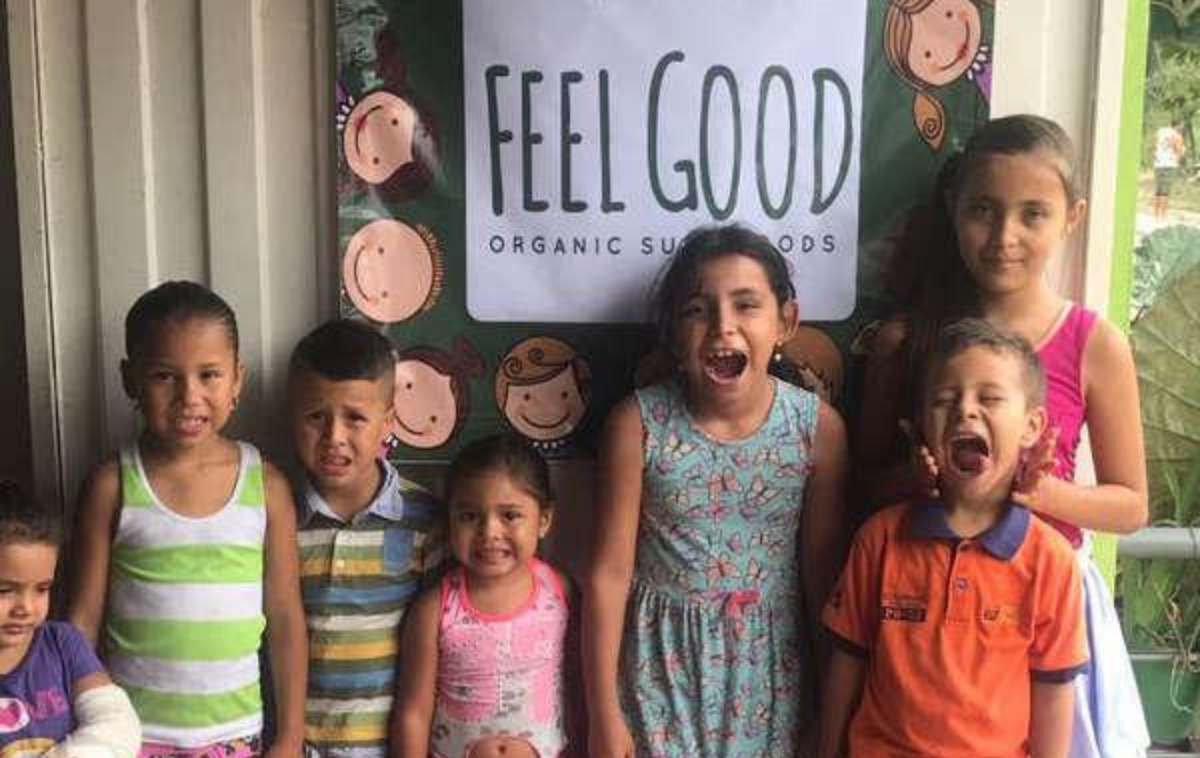 We care about our communities near and far. FeelGood Organic Superfoods® believes that the key to good health is knowledge combined with action. That is why we support the work of the PIER Institute, a social enterprise that develops and implements sustainable solutions that strengthen communities in some of the regions where FeelGood™ sources our quality ingredients. Since 2017, FeelGood™ has helped PIER Institute build a portfolio of projects in Colombia, South America related to nutrition, education, and clean water.

Recent Projects with the Pier Institute 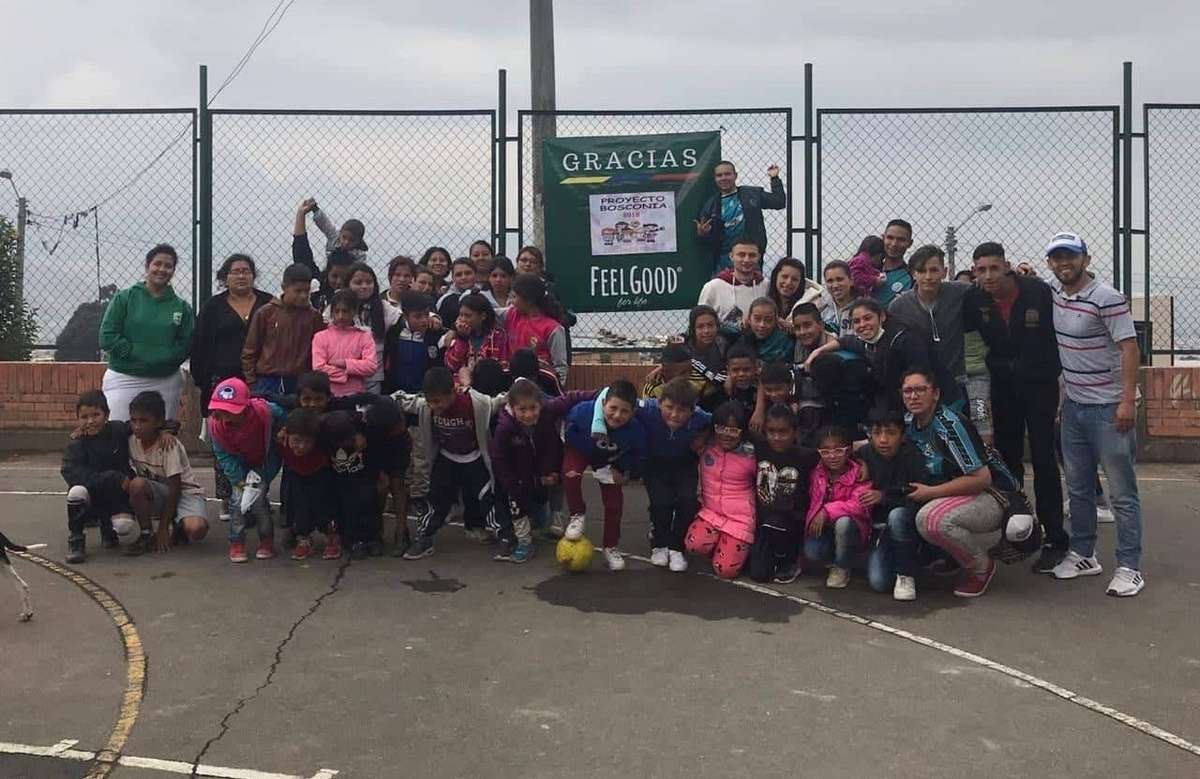 Community Health Fair
FeelGood™ has supported numerous community health fairs for families and their children in South America. These fairs include medical check-ups, health kits for kids, and educational programs for parents. 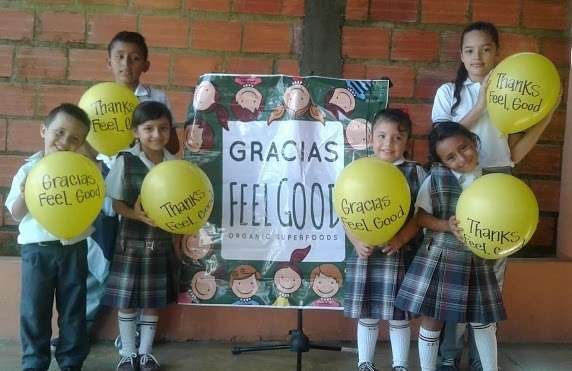 School Supply Drive
FeelGood™ has worked with the PIER Institute to provide school supplies to communities in need. These schools also serve as a base for Verifica, PIER's successful program to protect teens against human trafficking 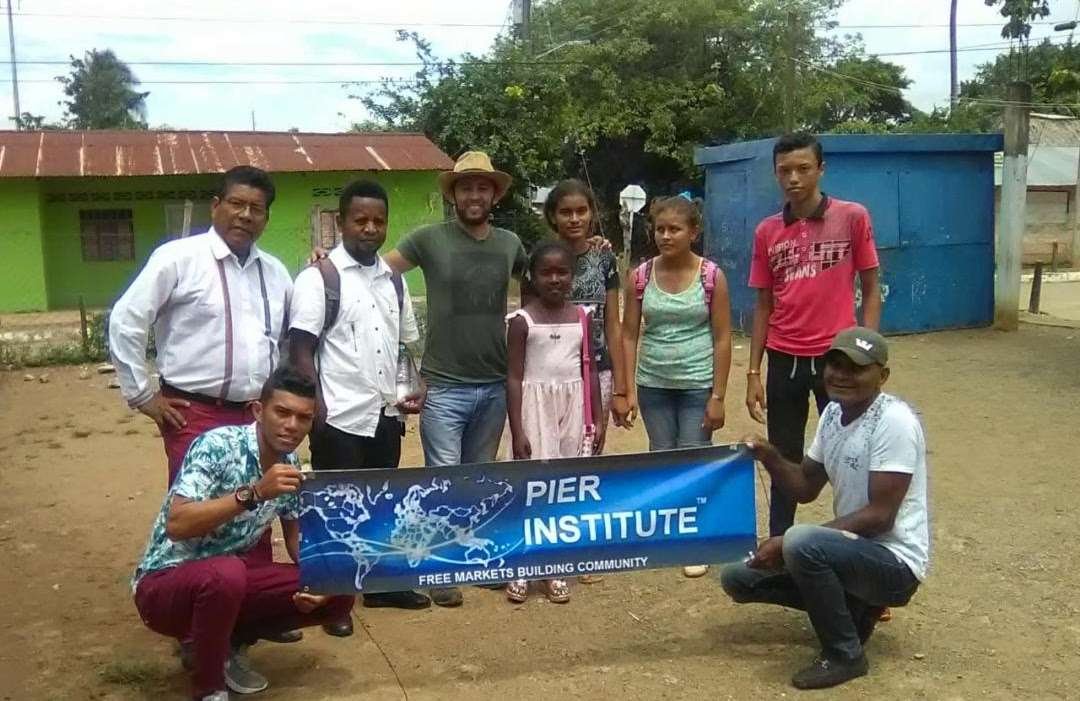 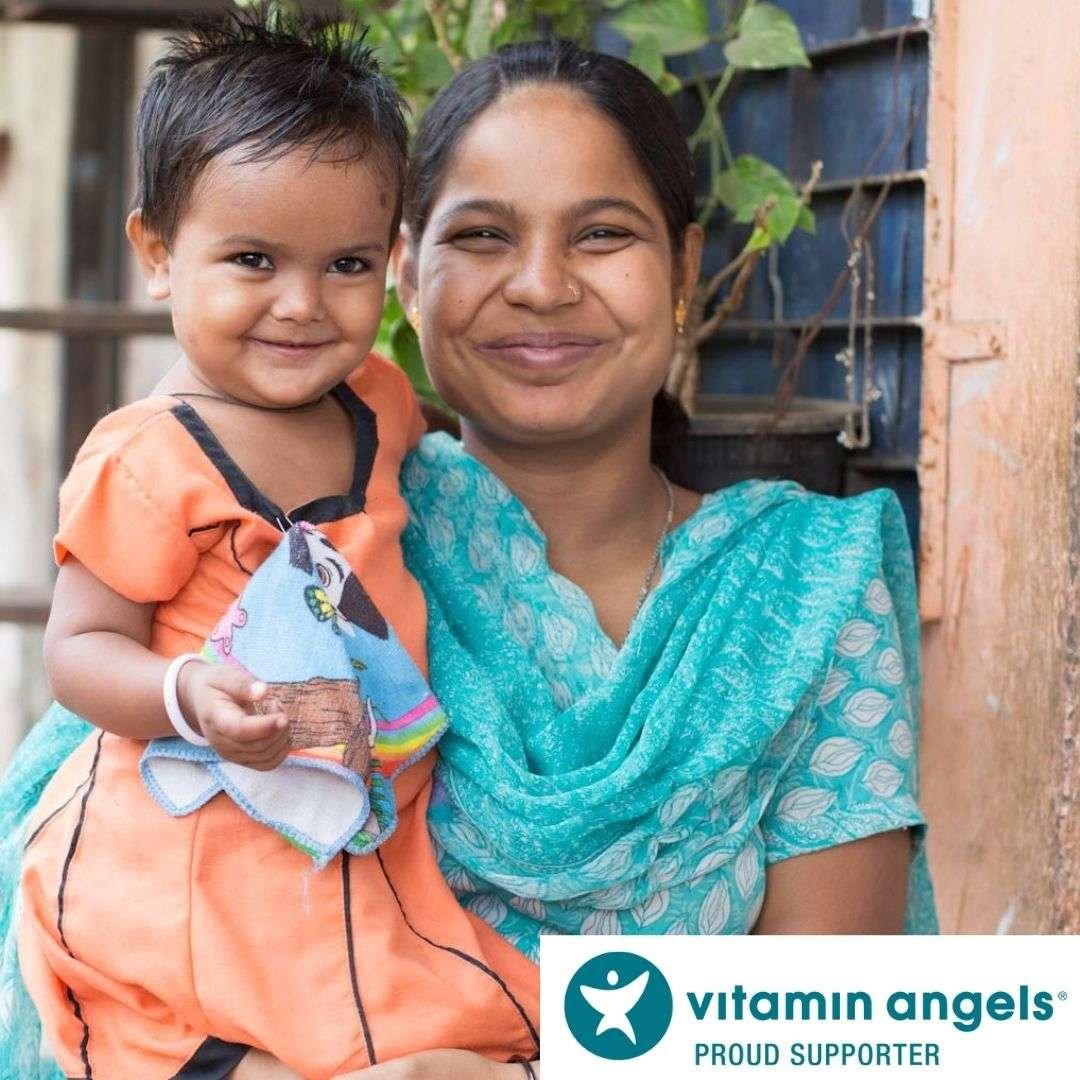 Everyone deserves to Live Healthy & FeelGood™. That's why we're proud to partner with Vitamin Angels, a charity that brings life-saving vitamins to underserved communities. Since 1994, Vitamin Angels has been working towards a world where every woman has a healthy pregnancy, and every child has a chance at a healthy life. Every time you buy one of our products at your local Walgreens, you directly support their cause.
Learn More

Our mission is to share knowledge and create purposefully innovative products
that connect, support and grow our community of Feel Good Lifestyle customers and friends.